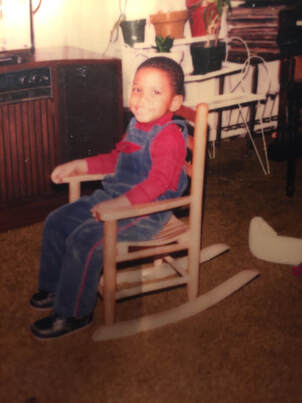 ​While leading the church youth group marching corps, he played lead snare drum. His aim was to incorporate popular hip-hop and downtempo rhythms into the already established drumming corps system. This approach would prove successful, as the marching corp would gather many dancing and grooving fans in the congregation. Little did Chris know that this would not be the first time he would add value to the musical experience for others.
After taking a course in Jazz Improvisation at Boston College while earning a degree in Philosophy with concentrations in logic and philosophy of science, Chris became increasingly interested in audio engineering and audio production for bands and singers.
Shortly after graduating from Boston College, he built a MIDI-based studio, where Apple Logic Pro and Avid Pro Tools would become his two digital audio workstations of choice, the first being for music production and the second being for audio editing and audio mixing. It would take him 5 years in total of intense study and experimentation to design a workflow for his personal music production and mixing projects.
Thirsty for learning more about analog and digital recording techniques, he reached out to a local audio engineer working at Mercenary Audio--a very popular yet underground recording studio whose focus was rock music. It was here that Chris would learn the basics of microphone selection and placement, studio gain staging, compressors and other outboard gear. His hard work would earn him two recording credits from two clients of Mercenary. The lessons also learned from this experience would be essential for him in the coming years, as he would be commissioned to design and to execute recording sessions for a capella groups and acoustic rock outfits.
During this time it became apparent to Chris that in order for him to better understand what he was doing by ear, it would be a good idea to learn the piano and keyboard. With the assistance of private lessons, Chris would become better acquainted with music theory and music composition by learning several compositions from the J.S. Bach Two Part Inventions collection. The lessons in counterpoint (hint-hint) attributed to Bach would serve as a pivotal step in his journey in music production and arranging. 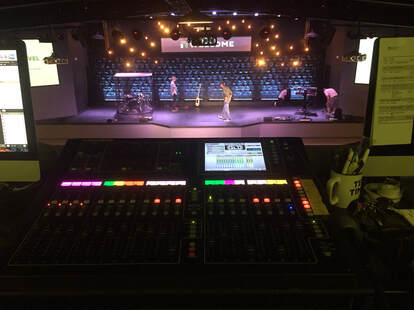 With these experiences in audio engineering and music production under his belt, he desired to learn more about live sound engineering, and from a self-posted Craigslist ad, he was selected to mix sound for the house church band at the Next Level Church, in Sommersworth, NH. This experience not only challenged him to apply the knowledge of audio theory he learned in the past, but it also reinforced many skill sets in communication he learned from assisting bands back at Mercenary Audio.
As his resume grew, he would be hired by Emerson College Office of the Arts to A1 (soundboard operator) and A2 (audio technician) several events and theater productions hosted by the College. He even was hired to tour with a local play as A1 throughout many Boston and Greater Boston high schools. He would also teach electronic music production to kiddos from grades 2 through 8 at Empow Studios, located in Lexington, Massachusetts.
Needless to say, in total, the 15 years of experience in music production and audio engineering has allowed Chris to work in a variety of environments, learn a variety of audio engineering tools, and develop a critical ear. Now his mission is to assist content creators in their quest to produce the very best product as possible.